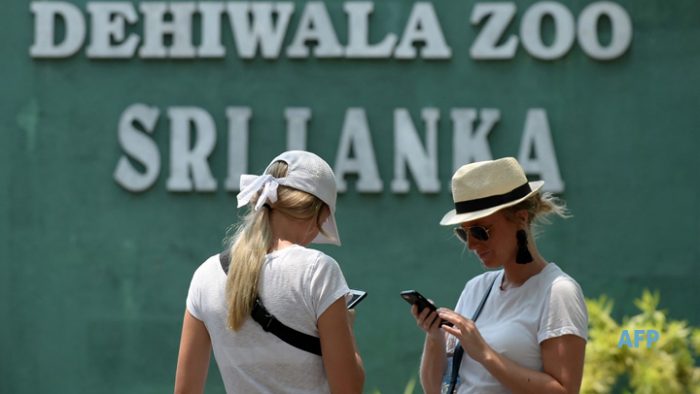 With a global Coronavirus pandemic keeping people at home and flights cancelled from many countries Sri Lanka’s tourism industry is perhaps facing the worst crisis in history, an industry official said.

“This is the worst crisis we have ever seen in the tourism industry,” President of the Tourist Hotels Association of Sri Lanka Sanath Ukwatte told EconomyNext.

The current crisis is overshadowing hit the industry took from the 2019 April terrorist bombings, when arrivals fell 18 percent, he said.

Ukwatte said it is still too early to forecast the fall of tourist arrivals for 2020, as the situation is still developing.

“I personally think that the people will be comfortable and confident of traveling and going on vacation only after a vaccine is developed,” he said.

However health experts abroad had said that most new viral pandemics end when a large proportion of the population are infected and they get better, developing immunity across the population.

The so-called herd immunity comes into play when about 70 percent of the population gets the disease.

Sri Lanka’s tourism industry faced its biggest crisis in history in 1996 when arrivals plunged 25 percent to 303,265after Sri Lanka’s central bank was bombed during the civil war and tourist earnings dropped 23 percent to 173 million US dollars.

But in 1996, tourism accounted for just 1 percent of Sri Lanka’s gross domestic product (GDP), and disruptions did not cause as much of an impact for the economy as today. See Also

By 2018, the industry had grown to contribute 5 percent to GDP with 4.4 billion US dollars in revenue.

Ukwatte said tourism earnings in 2020 are expected to fall even below the 2019 terror-hit numbers.

Up to Sunday 19 persons had tested positive for Coronavirus, including a Chinese national who recovered and left the country while over a 100 are under observation.

Sri Lanka in January restricted visa to Chinese nationals, who form a tenth of the island’s foreign visitors, as the virus outbreak accelerated, causing arrivals from the East Asian economy to plunge 92.5 percent, and total arrivals to fall 17.7 percent.

But in March 2020, boarding restrictions were placed on 11 countries including UK and Germany which are among the top generating markets for Sri Lanka.

Europe accounted for 44 percent of tourist arrivals to Sri Lanka in 2019. Within Europe, UK and Germany account for the largest shares, and the British government issued a travel advisory to its citizens on Sunday, saying Sri Lankan authorities would quarantine them to stop the spread of the virus.

In March, Sri Lanka restricted arrivals of holidaymakers who had been in South Korea, Italy, Iran, France, Germany, Spain, Switzerland, Denmark, Netherlands, Sweden and Austria since the start of the month