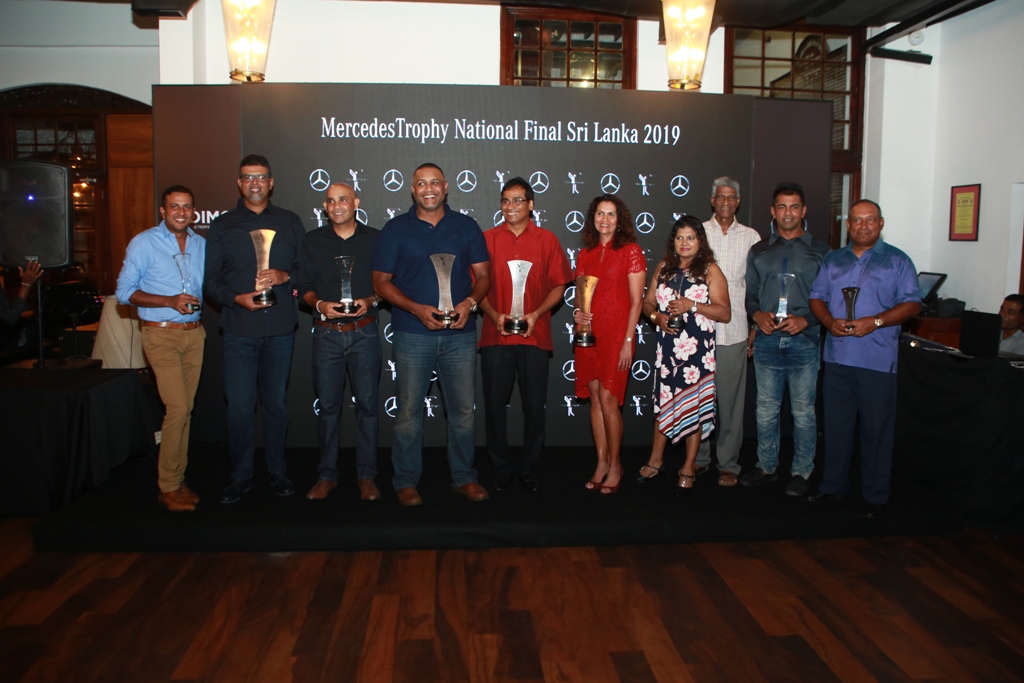 The annual golfing extravaganza, open for all Mercedes-Benz owners, was held on 6th July  at the Royal Colombo Golf Club (RCGC) where golfing enthusiasts from across Sri Lanka battled each other to be crowned the national winner. Yes101 and Legends 96.6 stood out as the official media partners of this year’s event.

Although historically open only to Mercedes-Benz owners, this year’s event allowed the participation of non-Mercedes-Benz customers which was a significant opportunity for this local golfing fraternity to rub shoulders with the elite group of Mercedes-Benz golfers and indulge in the ultimate luxury lifestyle experiences and festivities provided by DIMO to its valued Mercedes-Benz clientele at the 28th edition of the MercedesTrophy National Final Sri Lanka. DIMO was able to put together an exceptional event by looking into every minute detail of the tournament, which allowed their clientele to enjoy a premium experience, and presented them with the opportunity to get a firsthand look at the fascinating world of Mercedes-Benz.

Expressing his views on the event, Rajeev Pandithage – General Manager (Mercedes-Benz) of DIMO stated, “MercedesTrophy National Final Sri Lanka, is undoubtedly the most looked forward to golf tournament in Sri Lanka. I must say that DIMO is excited to be a part of this wonderful journey where we have given our valued Mercedes-Benz clientele the chance to compete with fellow Mercedes-Benz golfing enthusiasts across the island. Yet again, the tournament has witnessed some exhilarating golfing action with competitors of all ages challenging each other in an environment of friendly rivalry. We thank all the participants for their passion and enthusiasm and wish the winners the very best as they travel to foreign shores to represent Sri Lanka in the MercedesTrophy Asian Final. We are confident that they’ll be inspired to raise their game in the Asian Final and hopefully emerge victorious so that they will get a chance to enjoy a once-in-a-lifetime opportunity at the prestigious World Final.”

In addition to the trophies and exceptional gifts presented by DIMO, the winners of MercedesTrophy National Final Sri Lanka 2019 will be presented with the opportunity to represent Sri Lanka in this year’s edition of the MercedesTrophy Asian Final in Australia. The top players from the participating countries in the MercedesTrophy Asian Final, will represent Team Asia as they tee off against other ace amateur players from across the world at the MercedesTrophy World Final to be held from 30thSeptember 2019 to 5th October 2019 at the Stuttgart Marriott Hotel Sindelfingen. Due to celebration of 30 years of The MercedesTrophy this year, Mercedes-Benz Global has lifted the alternate year ban for the Asian Final as well as the lifetime ban to the World Final, and as a result, given that they emerge victors of this year’s National Final, the previous winners of the Asian and World Final will also stand a chance to participate.

Launched in 1989, The MercedesTrophy is known to be the most captivating premium amateur golf tournament. This international event, a three-tier structured amateur golf series, attracts around 60,000 players competing every year from over 60 countries. In addition to the tournament itself, participants of the World Final will be treated to a multi-day exclusive program which includes an inside look into the world of Mercedes-Benz.